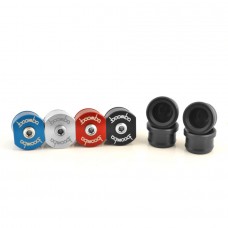 This direct bolt-on kit deletes and blocks the sound symposer from your Fusion with the 2.0 Ecoboost, cutting off the artificial drone noises being directed into the car's cabin, instead allowing you to hear your engine and exhaust tones as they should be. Included is this kit are an aluminum block-off plate and a delrin hose plug, both of which are precision CNC machined from high quality material with laser engraved Boomba logos.

The block off plate features a threaded 1/4 NPT port and plug, allowing for the end user to connect whatever aftermarket accessories they desire, such as our in-development catch can. This kit is also must-have for those higher horse power builds, where the increased boost levels could break the internal diaphragm of the OEM symposer components and cause boost leaks. Installation is simple and as well as completely reversible.

The black Delrin plug is to be used on the elbow that comes off of the firewall in similar fashion to the following picture below: 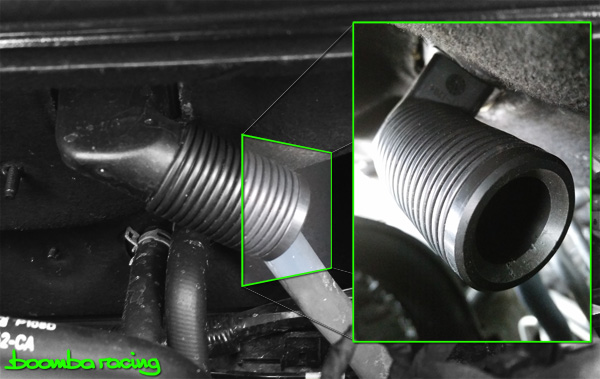